What’s the first thing you think of when someone mentions Hamilton? Chances are, it isn’t the majestic river that winds through the centre of the city, the booming local business scene, or even their main drawcard, their pièce de résistance: the Hamilton Gardens.
The first thought that came to your head when you thought of Hamilton was probably “ugh.” Even if you live there. Especially if you live there. But for others, they see Hamilton as having the potential of being the best place in the world – it just needs a little work. It is here that we meet Kieran Stephens. If you’ve been around Zeal Hamilton at all for the last few years, you’ll know who he is. At only 16, Kieran is well on his way to become a professional photographer, having started his journey at Zeal’s creative programmes three years earlier.

“The biggest problem Hamilton teenagers face is getting themselves in trouble,” says Kieran. “On weekends, teenagers usually go out drinking and partying. Or they go out on the streets, risking their safety. Hamilton City is the third most dangerous place in New Zealand, and teenagers have no place safe that they can go to other than their homes.”

Instead of complaining about Hamilton and offering no solutions, Kieran and a group of volunteers have taken it upon themselves to do anything they can for the youth of the city. “We want safe hubs and events for all teenagers, no matter what religion, sexuality, culture or gender they are.” Initially calling themselves City Changers, the group began meeting up every week at Zeal Hamilton to discuss what sucked about Hamilton and what they could do to change it – this is where SURGE YOUTH was born.

“SURGE YOUTH is a youth lead organisation that provides fun and safe events in the hope to get teenagers out of trouble,” Kieran says. “We challenge ourselves to make connections with other teenagers and provide a caring and cool community without discrimination towards others. Our events would consist of live music, games, pathways from Zeal and fun!”

“Our first step for the future is to start getting our events up and running Saturday nights at Zeal Hamilton.” SURGE YOUTH hopes to connect with Zeal’s Street Youth Work programme that runs in the CBD, connecting youth with their peers and social services. 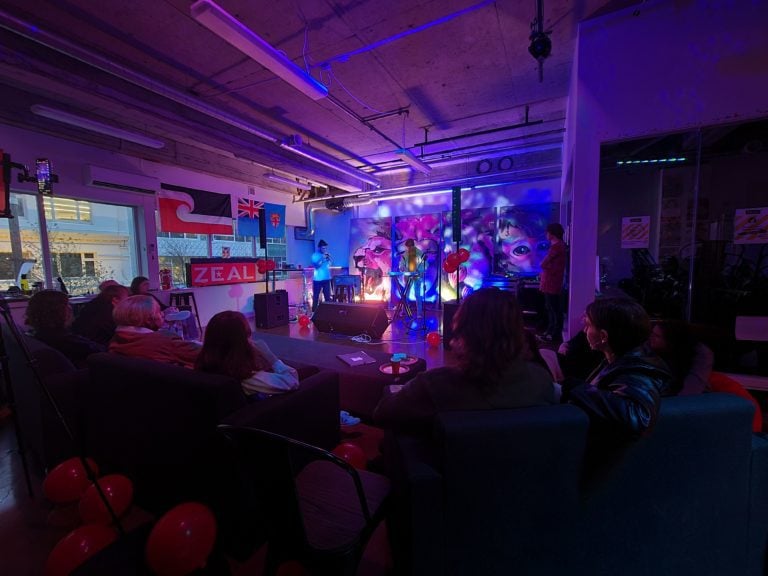