I was sitting on the grass near the harbour in Tauranga under the scorching New Zealand sun, eagerly waiting for Lehi’s phone call regarding my application at Zeal. I was nervous as. When he called I quickly realized that I had no reason to be. The ease with which we were able to talk made me feel as though I didn’t have to present myself in any way but authentically. My nerves were gone almost instantly.

Earlier that morning when I left the hostel, my mate looked at me and said, “I have a feeling today is going to be big for you. I just do.” 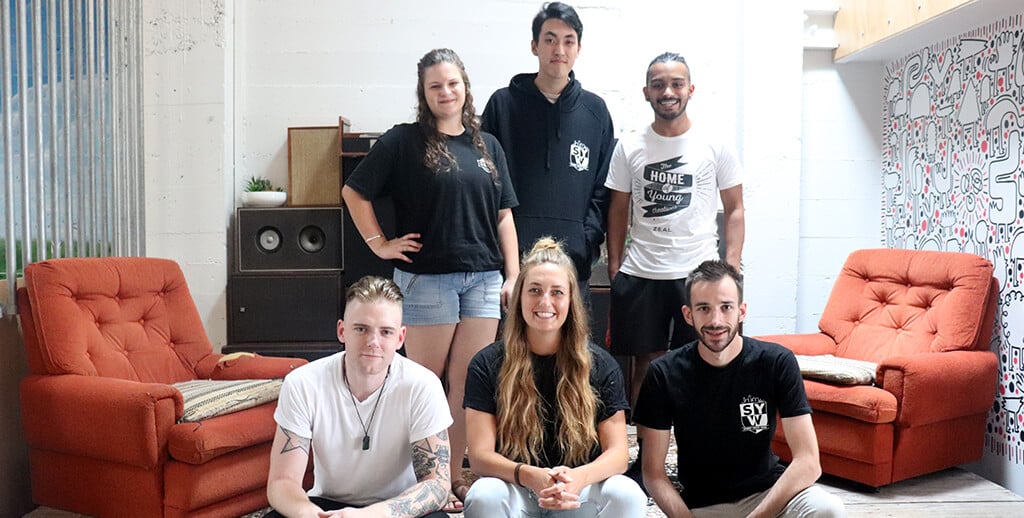 Three days later I came to Zeal Hamilton for a face to face interview, which I would more accurately describe as a yarn with some interview questions here and there. Not because they didn’t take the interview seriously – the questions they asked were more focused on me as a human than the generic questions of past experiences as a youth worker, which demonstrated to me the emphasis Zeal places on the soul and heart of their team. I left it aware of what a privilege it would be to be a part of it all. It was more of a yarn because they were so light hearted that the natural edge that comes along with an interview quickly dissolved, so much so that it lasted an hour and didn’t feel like an hour at all.

This is one of the magical parts of Zeal though I reckon. We could have easily cut the interview off at 30 minutes, waited for me to attend the second hui because it may have been too soon for this one… perhaps it could have taken weeks to adjust to having me on the team. But time feels different here.

I always think that how you start a relationship with someone is how that relationship will continue to be. If that’s the case, then Zeal is one of the most genuine, supportive, authentic and connection-focused relationships I have stumbled upon. It’s been a jump with two feet in, absolute whirlwind from the moment I left my interview kind of relationship. There are two options when you’re given a relationship like this. You can either feel overwhelmed and resist the pace of things, or you can let go of expectations, jump right in, swim, and figure it out as you go. Two days after my orientation, I left the hostel and was in a van on the open road to hui with six people with the beautiful banter and wit that is nestled into Kiwi DNA – people that I had only known for a little over a day, but that felt as if I’d known forever.

Hui felt like an adult summer camp – the kind that balances letting go and being the most honest version of yourself, with genuinely reflecting on how to be a better person and organization as a whole for the young people of Aotearoa. I feel like I should say that I was nervous to go to hui, considering I had only truly spent a full day with my Zeal Hamilton family beforehand… but I think there’s something more to be said in the fact that I wasn’t nervous at all. I felt like my stoke and drive to be a part of a young person’s journey along the process of becoming was alive again, and I felt this stoke in the air at hui. The people in the greater Zeal whanau radiated energy that I didn’t know existed – an energy that can only be described as a byproduct of being so unapologetically oneself with passion and faith running through their veins. One thing that I was nervous about with hui was the faith aspect. I was scared of being ignorant because I haven’t been a part of a faith-based organization before. What I quickly realized was that it didn’t matter that my knowledge of faith was limited – what mattered was that my heart was wide open to learning and that I have the love inside of me. It’s less about what you don’t know and more about operating from that special place inside, that soul place, that place that James described as being where the deepest pain is. Hui was a magical space for me to be introduced to this side of Zeal, and I left it feeling excited and inspired to further my understanding of faith within the context of the organization as a whole, my role as a youth worker, and simply as a human being.

A moment I won’t forget from hui was sitting in a circle during the farewells to James and Erica. Being someone who had only just met them, and hearing and feeling everyone’s deep love and gratitude for them – it was enough to give me chills. So many people in the Zeal whanau are walking, breathing examples of those who found the light again after being stuck in and struggling to navigate through the dark. They live the kind of stories that break you open and teach you to strive for nothing short of the magic that comes from giving your entire self to young people. Those stories are worth everything. They are also what I often felt that my youth work experience in Canada was lacking. Rather than the norm being placing one’s focus on the connection and relationships with the young people, it was actually quite rare to find organizations that function with it at the forefront. I found myself constantly frustrated by how easily coworkers were caught up in focusing on hours versus how we could be changing the lives of the young people during those hours, in organizing events for youth without intentionality, in being present but not fully showing up. This system is hugely flawed. Passion was spoken of more and acted with less, intentionality wasn’t ever discussed, and we definitely didn’t have a “why.” This is what makes Zeal special. Surely youth need opportunities and events to express themselves and better understand themselves – but above anything they need connection. They need to know that they are loved, worthy, and believed in – that they are more than the circumstances they were born into.

As Elliot said in the final faith reflection – Zeal is a spirit. People catch it and carry it. I left hui feeling like I had begun my own journey of letting go of my frustration with past experiences I’ve had with youth work, and started to fill that space up with Zeal’s spirit – with a new awareness, a new heart, and a hunger to be a part of it. How strange and magical it is to stumble upon something that feels like it was made for you to find it, if only you have the courage to chase after it on the other side of the world.

Here’s to messying the canvas.

Meet the family: Jared Ipsen, Comms Coordinator
“Through everything, always hold on to why you’re doing what you’re doing. Look after yourself. Drink more water.”
Hamiltron Nerdfest sees thousands free their inner geek
“It means a lot to continue to provide an environment for us to celebrate alternative culture in Hamilton,” says Lehi, Zeal Hamilton’s manager. “Our young people really stepped up to be our official photographers and cafe staff, outworking their passions in a meaningful way.” 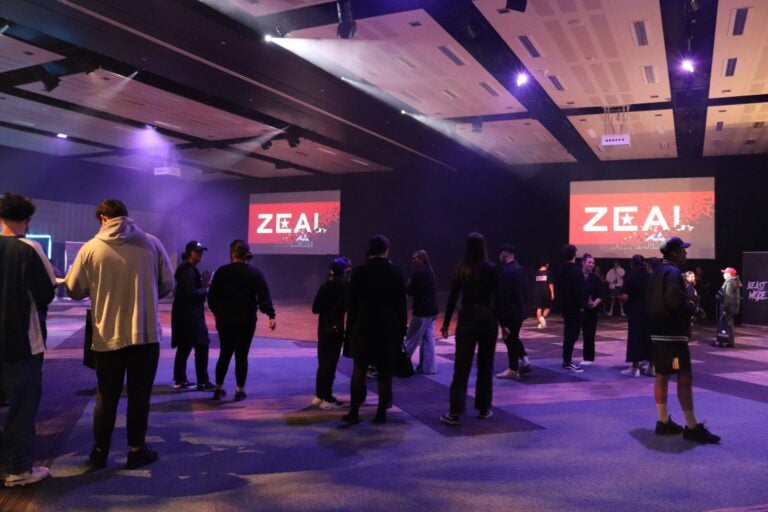 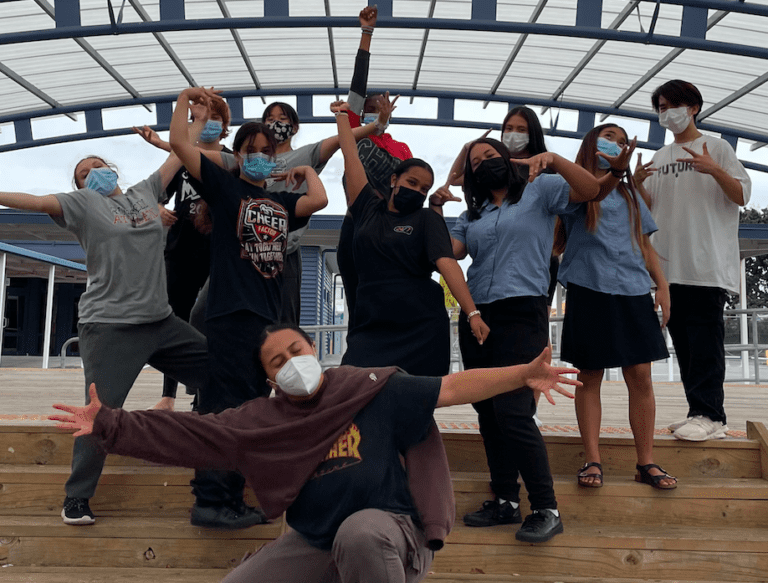 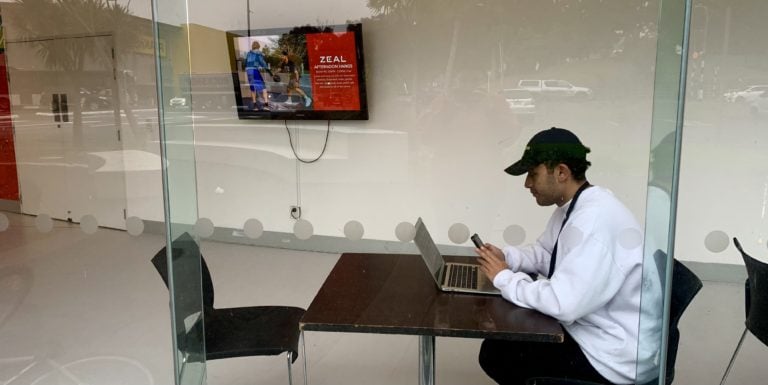